How can I help you with your next project?

What our clients are saying:

Halley has contributed so much to GeekPack®, both as a student developer and as a GeekPack® intern. She is always willing to help others along with their individual journeys, providing words of encouragement and sound technical advice. It has been a pleasure to watch her grow as a web developer and share her knowledge and confidence with others. I look forward to seeing Halley continuing advancement as a talented developer, as well as an ongoing supporter of the GeekPack® community. 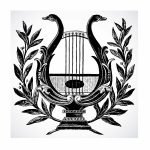 The new site is already increasing visibility and business

The work you have done for our site is beyond amazing and we are so very grateful. The new site is already increasing visibility and business. I appreciate your style, knowhow and professionalism. HIGHLY recommend Halley. Anyone who works with you will have a positive experience.

Her passion for her business shines bright

It was an honor to work alongside Halley to build our website for our organization. Her passion for her business shines bright through her amazing work. 5 stars is not enough, she deserves 10.

She can take my words and sculpt them into a beautiful, clear, understandable message.

Halley was able to support me in ways that no one could. She understood what I was trying to do and she was able to assist me to get my idea off the ground. Halley met me where I was without judgement. She can take my words and sculpt them into a beautiful clear understandable message. She helped me find my niche and supported me along the way. Thank you Halley I could not have done with out you.

Halley is one of my go-to people

Halley is one of my go-to people when I need help or advice in thinking through a concept from all angles and perspectives. For us, it’s really important that the messaging sounds like it came from a human, not a form letter. Most recently she helped us rewrite a fundraising letter that, due to its timing, felt insensitive to some who had previously read it. With just a few tweaks, Halley transformed the messaging and tone to show that we were unequivocally mindful and empathetic of circumstances that may or may not allow them to contribute. We felt so comfortable with the letter, that we ended up sending it to our entire donor base rather than a smaller list that we originally felt safe with.

It is rare to find a writer who is also a science-based massage therapist. For healthcare businesses who adhere to science, patient-centered care, and ethics, Halley is your go-to person to write your blogs and stories. Not only is she able to meet the deadlines, Halley is able to explain the complexity of research and the human pain experience in a way that many patients with no background knowledge would understand. Plus, there is very little editing on my end after she submits the initial draft, which saves me time.

Nick Ng
Editor of Massage & Fitness
We use cookies on our website to give you the most relevant experience by remembering your preferences and repeat visits. By clicking “Accept”, you consent to the use of ALL the cookies.
Cookie settingsACCEPT
Manage consent

This website uses cookies to improve your experience while you navigate through the website. Out of these, the cookies that are categorized as necessary are stored on your browser as they are essential for the working of basic functionalities of the website. We also use third-party cookies that help us analyze and understand how you use this website. These cookies will be stored in your browser only with your consent. You also have the option to opt-out of these cookies. But opting out of some of these cookies may affect your browsing experience.
Necessary Always Enabled
Necessary cookies are absolutely essential for the website to function properly. This category only includes cookies that ensures basic functionalities and security features of the website. These cookies do not store any personal information.
Functional
Functional cookies help to perform certain functionalities like sharing the content of the website on social media platforms, collect feedbacks, and other third-party features.
Performance
Performance cookies are used to understand and analyze the key performance indexes of the website which helps in delivering a better user experience for the visitors.
Analytics
Analytical cookies are used to understand how visitors interact with the website. These cookies help provide information on metrics the number of visitors, bounce rate, traffic source, etc.
Advertisement
Advertisement cookies are used to provide visitors with relevant ads and marketing campaigns. These cookies track visitors across websites and collect information to provide customized ads.
Others
Other uncategorized cookies are those that are being analyzed and have not been classified into a category as yet.
SAVE & ACCEPT